Firstly, Joe and Pierre were able to send through photos from Day 2 and update Sports Tracker this morning, so here are those first.... 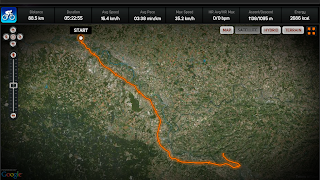 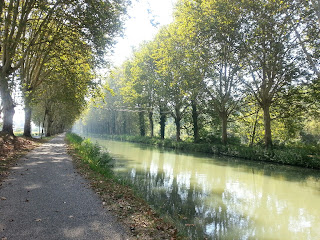 The cycle path along the towpath, with welcome shade 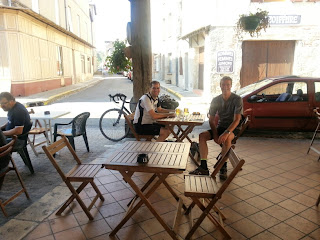 Lunch and a drink on Day 2 at Le Mas D'Agenais 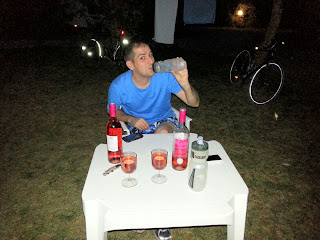 Pierre "Three Roses" trying to pretend that he's only been drinking water... 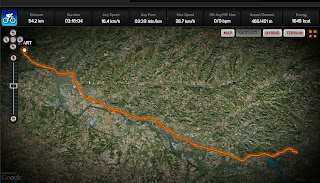 They woke early this morning and set off to Agen for breakfast in a café bar near the canal and river. Then they dropped onto the canal towpath again. It was cloudy and looked as if it would rain. It was also relatively cool – but that didn’t last as the clouds burned away and the heat returned. Soon it was roasting hot again. They were careful only to stop when there was shade, not when they would be in full sun!


They stopped for lunch at a bar/hotel/restaurant at Valence and fortified themselves with Saute de Boeuf avec l’oignons.  It was a lovely town, with a covered market area and lots of flowers. They had come off the canal towpath (and up a hill) but returned to it after lunch and followed the path to the outskirts of Moissac. There were a few locks, and they overtook some more boats and the heat continued to intensify.  They estimated it to be in the high thirties again.


They saw very few people or cyclists except near the towns. Except for when they were in Agen and Valence, cars were a rarity until they approached Moissac.  Nordic walking appeared to be very popular with elderly Dutch tourists.


They reached Moissac and headed for the campsite, which was on an almost island.  A kingfisher flew along the Tarn, along past the site. They pitched their tents overlooking the River Tarn, checked into reception when it opened, got some refreshment and headed for the pool! They then sat and wallowed in the children’s pool for a while before drying off in the sun. Then it was time to jump in the pool again to cool down!


They picked up a bottle of chilled rose from reception, had a glass and then headed off for food. Joe had an egg and lardons salad and a lemon and sugar crepe and Pierre opted for a large pizza. A couple of beers and just one carafe of water and then they returned to the tents.  They finished their now warm bottle of rose overlooking the Tarn, sitting on a metal bench. It was a one rose evening, not a three rose evening! The actual pitch was small and the tents had to be fairly close together . Hopefully nobody will snore…  55 Km today 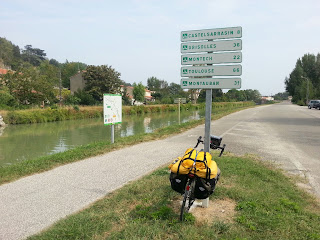 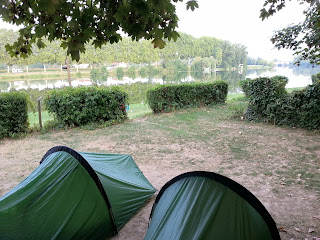